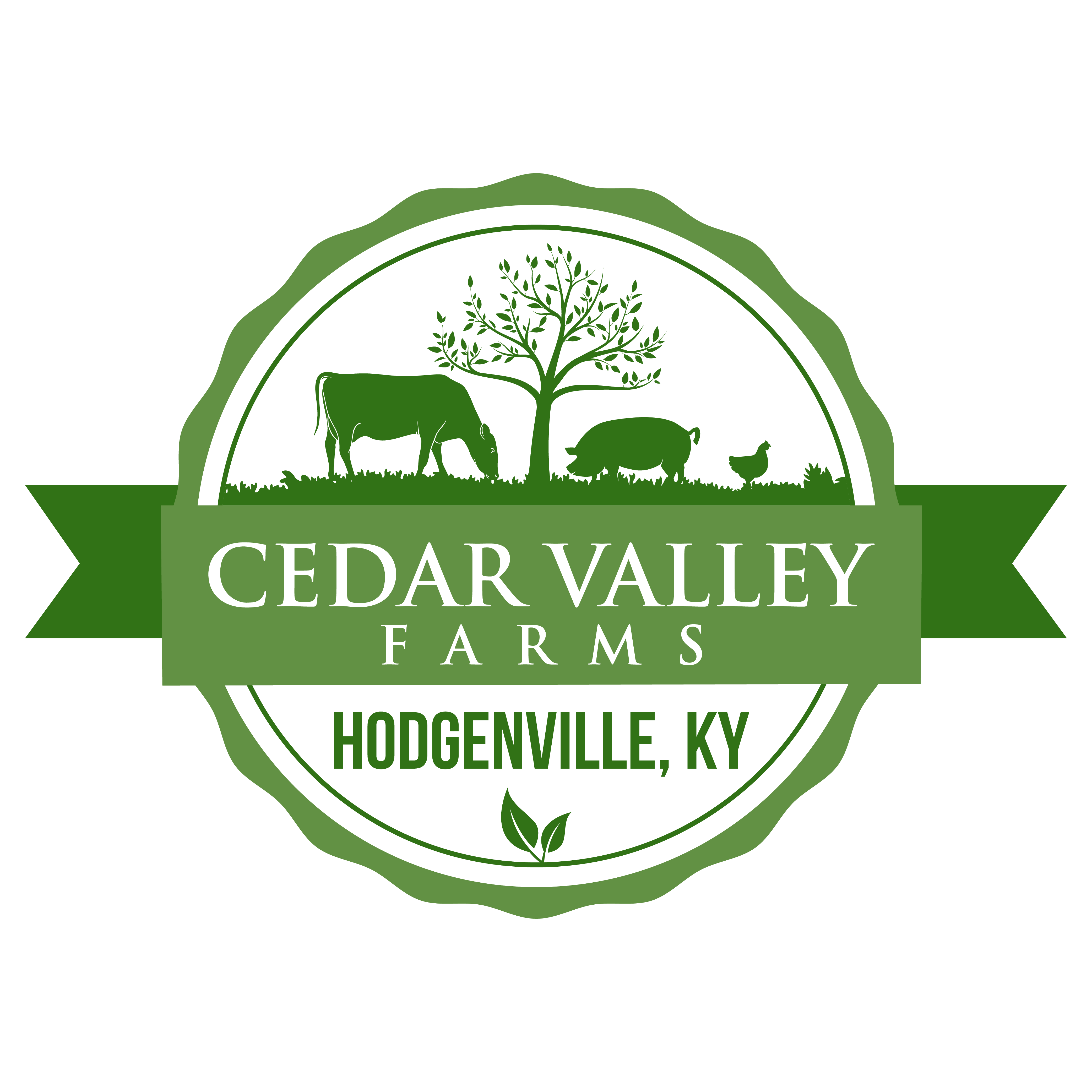 The story of Cedar Valley Farms begins with my Papaw, Billy Lee. Papaw has been involved in agriculture since he was a small child, so there was no question of what he wanted to do for the rest of his life after high school. Papaw wanted to farm. He moved to Iowa and worked on a grain and cattle farm, but soon realized that he wanted to farm on his own. So, he moved back to Hodgenville, Kentucky and started to farm on his own. Papaw started row crop farming corn and soybeans and raised cattle to sale.

Our story continues with my dad, Scotty Lee, and my mom, Robin Lee. In 1985, they began Lee's Garden Center in Hodgenville, KY as a farm and wholesale greenhouse operation. The Garden Center started as a little green building with four small greenhouses located just outside of town on Highway 31E. Robin ran the Garden Center while running plant routes all over the southern United States. Scotty ran the farm and raised vegetables, tobacco, and cattle. My sisters (Laura and Ashley) and I grew up farming. Whether it was in the tobacco fields or running through the greenhouse, we were involved with agriculture from an early age.

I graduated from Western Kentucky University in 2015, moved back to the family farm, and married my bridge in 2017. I immediately began thinking of a way to connect my family farm directly to our consumers. Thus Cedar Valley Farms was born. I believe it is important to know where your food comes from and that it is responsibly grown. We are always striving to produce the freshest vegetables and meat product, so that we can feed your healthy family.